At re:Invent 2017, we launched the world’s first machine learning (ML)–enabled video camera, AWS DeepLens. This put ML in the hands of developers, literally, with a fully programmable video camera, tutorials, code, and pre-trained models designed to expand ML skills. With AWS DeepLens, it is possible to create useful ML projects without a PhD in computer sciences or math, and anyone with a decent development background can start using it. 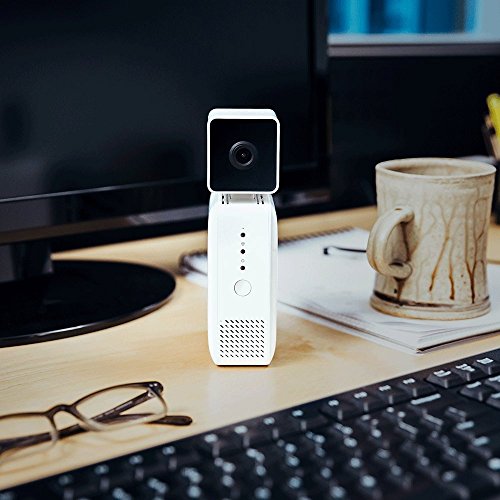 Today, I’m pleased to announce that AWS DeepLens (2019 edition) is now available for pre-order for developers in Canada, Europe, and Japan on the following websites:

We have made significant enhancements to the device to further improve your experience:

The 2019 edition comes integrated with SageMaker Neo, which lets customers train models one time and run them with up to 2X improvement in performance.

In addition to device improvements, we have invested significantly in the content development as well. We included guided instructions for building ML for interesting applications such as worker safety, sentiment analysis, who drinks the most coffee, and so on. We’re making ML available to all who want to learn and develop their skills while building fun applications.

Over the last year, we have had many requests from customers in Canada, Europe, and Japan, asking when we would launch AWS DeepLens in their Region. We were happy to announce today’s news.

“We welcome the general availability of AWS DeepLens in Japan market. It will excite our developer community and developers in Japan to accelerate the adoption of deep learning technologies” said Daisuke Nagao and Ryo Nakamaru, co-leads for Japan AWS User Group AI branch (JAWS-UG AI).

ML in the hands of everybody

Amazon and AWS have a long history with ML and DL tools around the world. In Europe, we opened an ML Development Center in Berlin back in 2013, where developers and engineers support our global ML and DL services such as Amazon SageMaker. This is in addition to the many customers, from startups to enterprises to the public sector, who are using our ML and DL tools in their Regions.

ML and DL have been a big part of our heritage over the last 20 years and the work we do around the world, is helping to democratize these technologies, making them accessible to everyone.

After we announced the general availability of AWS DeepLens in the US in June last year, thousands of devices shipped.  We have seen many interesting and inspirational applications. Two that we’re excited to highlight are the DeepLens Educating Entertainer, or “Dee” for short, and SafeHaven.

Created by Matthew Clark from Manchester, Dee is an example of how image recognition can be used to make a fun, interactive, and educational game for young or less able children.

The AWS DeepLens device asks children to answer questions by showing the device a picture of the answer. For example when the device asks, “What has wheels?”, the child is expected to show it an appropriate picture, such as a bicycle or bus. Right answers are praised and incorrect ones are given hints on how to get it right. Experiences like these help children learn through interaction and positive reinforcement.

Young children, and some older ones with special learning needs, can struggle to interact with electronic devices. They may not be able to read a tablet screen, use a computer keyboard, or speak clearly enough for voice recognition. With video recognition, this can change. Technology can now better understand the child’s world and observe when they do something, such as picking up an object or performing an action. This leads to many new ways of interaction.

AWS DeepLens is particularly appealing for children’s interactions because it can run its deep learning (DL) models offline. This means that the device can work anywhere, with no additional costs.

Before building Dee, Matthew had no experience working with ML technologies. However, after receiving an AWS DeepLens device at AWS re:Invent 2017, he soon got up to speed with DL concepts.  For more details, see Second Place Winner: Dee—DeepLens Educating Entertainer.

SafeHaven is another AWS DeepLens application that came from developers getting an AWS DeepLens device at re:Invent 2017.

Built by Nathan Stone and Paul Miller from Ipswich, UK, SafeHaven is designed to protect vulnerable people by enabling them to identify “who is at the door?” using an Alexa Skill. AWS DeepLens acts as a sentry on the doorstep, storing the faces of every visitor. When a visitor is “recognized,” their name is stored in a DynamoDB table, ready to be retrieved by an Alexa Skill. Unknown visitors trigger SMS or email alerts to relatives or carers via an SNS subscription.

This has huge potential as an application for private homes, hospitals, and care facilities, where the door should only be opened to recognized visitors. For more details, see Third Place Winner: SafeHaven: Real-Time Reassurance. Re:invented.

In Canada, a large Canadian discount retailer used AWS DeepLens as part of a complex loss prevention test pilot for its operations LATAM. A Calgary-based oil company tested out augmenting its sign-in process in its warehouse facilities, adding in facial recognition.

One of the world’s largest automotive manufacturers, headquartered in Canada, is building a use case at one of its plants to use AWS DeepLens for predictive maintenance as well as image classification. Additionally, an internal PoC for manufacturing has been built to show how AWS DeepLens could be used to track who takes and returns tools from a shop, and when.

The Northwestern University School of Professional Studies is developing a computer vision course for their data science graduate students, using AWS DeepLens provided by Amazon. Other universities have expressed interest in developing courses to use AWS DeepLens in the curriculum, such as artificial intelligence, information systems, and health analytics.

These are just a few examples, and we expect to see many more when we start shipping devices around the world. If you have an AWS DeepLens project that you think is cool and you would like us to check out, submit it to the AWS DeepLens Project Outline.

We look forward to seeing even more creative applications come from the launch in Europe, so check the AWS DeepLens Community Projects page often.

Rick Mitchell is a Senior Product Marketing Manager with AWS AI. His goal is to help aspiring developers to get started with Artificial Intelligence. For fun outside of work, Rick likes to travel with his wife and two children, barbecue, and run outdoors.