Another triple for the DeepRacer League brings more world records and the first female winner!

The AWS DeepRacer League is the world’s first global autonomous racing league, open to anyone. Developers of all skill levels can compete in person at 22 AWS events globally, or online via the AWS DeepRacer console, for a chance to win an expense paid trip to re:Invent 2019, where they will race to win the Championship Cup 2019.

The first female winner and another world record

The Tokyo race was the biggest one yet. Over 20,000 AWS customers came to the AWS Summit at the Makuhari Messe, located just outside of the city, for three days of learning, hands-on labs, and networking. There were two DeepRacer tracks for developers to race on throughout the summit, virtual racing pods, and multiple workshops to learn how to build a DeepRacer model. 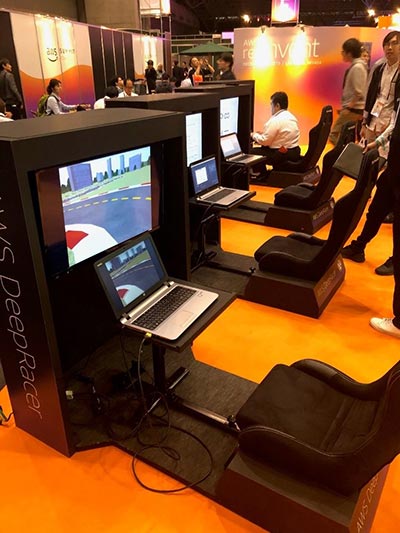 Virtual racing pods, for customers to build models and learn more about the AWS DeepRacer league.

Hundreds of developers tested out their model on the tracks, but none could take the top spot from our first female winner, sola@DNP, who took home the cup with a world record winning time of 7.44 seconds – that means DeepRacer is travelling at the equivalent of roughly 100mph if scaled up to a real size car! Here is sola@DNP celebrating on the podium with her teammates. Check out the lightning fast winning lap!

We have a new world record where the current champion set 7.5 and 7.44sec laps in her trials. #AWSDeepRacer #Tokyo pic.twitter.com/j8e96fKB0u 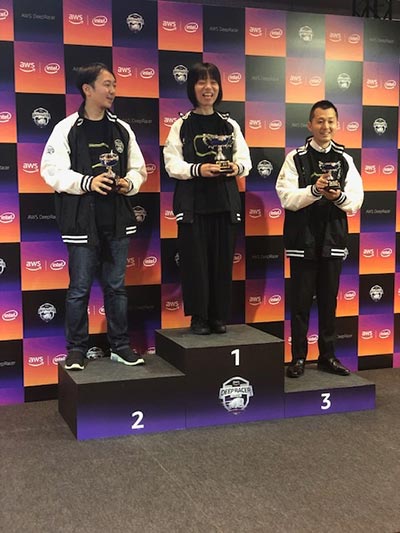 She came to the AWS Summit as part of a team created at her company DNP (Dai Nippon Printing, a Japanese printing company operating in areas such as Information Communications, Lifestyles and Industrial Supplies and, Electronics). 28 of them placed on the leaderboard, with the top 3 all being from the team – 2 of them beating the previous world record (7.62 seconds) set just the week before at Amazon re:MARS.

To prepare for such a strong showing, DNP created DeepRacer study groups where employees share their knowledge and newly acquired machine learning skills. They see DeepRacer as a fun and engaging way to grow their engineers’ skills in AI.

“We currently have around 2000 IT personnel in the group and fewer than 200 employees experienced in working with AI. We want to double the number within 5 years.” – Mr. Shinichiro Fukuda, Deputy Director, C & I Center, DNP Information Innovation Division 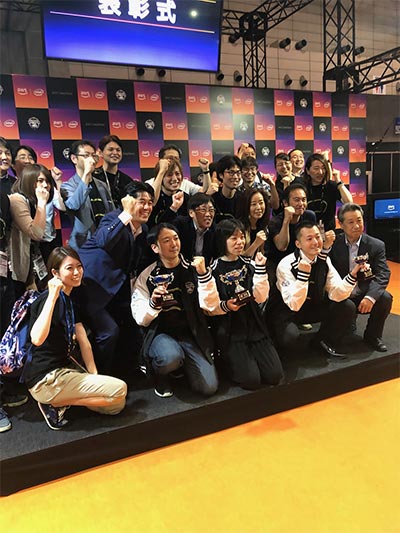 The race in Japan was the most competitive yet. The top 33 competitors achieved lap times of under 10 seconds, the top 17 were under 9 seconds and the top 4 were under 8 seconds – breaking the world record twice! Check out the fast times and final results from the race on the Tokyo Leaderboard.

The AWS Public Sector Summit in Washington DC on June 10 also had an exciting race and there was a familiar face back on the tracks – our second place winner at Amazon re:MARS, John Amos. John narrowly missed out on the win and the opportunity to compete at re:Invent, in Las Vegas, when Anthony Navarro beat his world record time in the last few minutes of racing. In Washington, he took the lead early on and held his position steadfast in his pursuit of the win and will now be winging his way to re:Invent with the other Summit and Virtual circuit winners. He is really enjoying his AWS DeepRacer experience and has a new hobby to boot!

“I think everyone should have a hobby and this is a healthy one. There’s lots of stuff you can get addicted to, but with this you’re out there running models using technology. I’m used to playing video games online, but this helps it become real. What you do in the reward function impacts what’s happening with the car, so taking it from the simulator out onto the track is just exhilarating, and who doesn’t love a good challenge?” 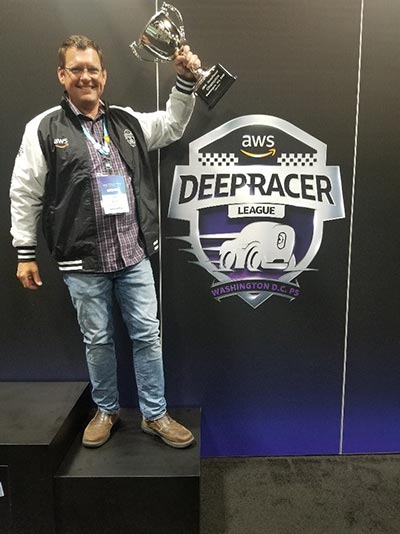 In Taipei, developers were also burning rubber and posting fast times on the leaderboard, and the winner took the top spot by a narrow margin (just 0.04 of a second), and in an exciting last few minutes of the race! He was Roger@NCTU_CGI, with a winning time of 8.734 seconds. Congratulations to all of the winners this week, it’s going to be an exciting final round at re:Invent 2019. 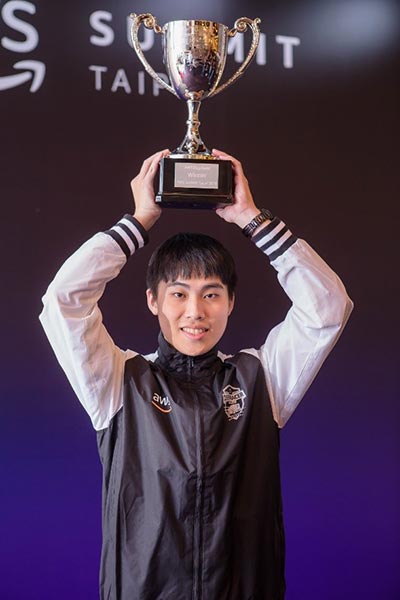 The AWS DeepRacer League Summit Circuit is in the homestretch

The AWS DeepRacer League Summit circuit only has five more races, (Hong Kong, Cape Town, New York, Mexico City, and Toronto) before the finale in Las Vegas, and it is shaping up to be an exciting event. Join the league at one of the 5 remaining races on the summit circuit, or race online in the virtual circuit today for your chance to win your trip to compete!