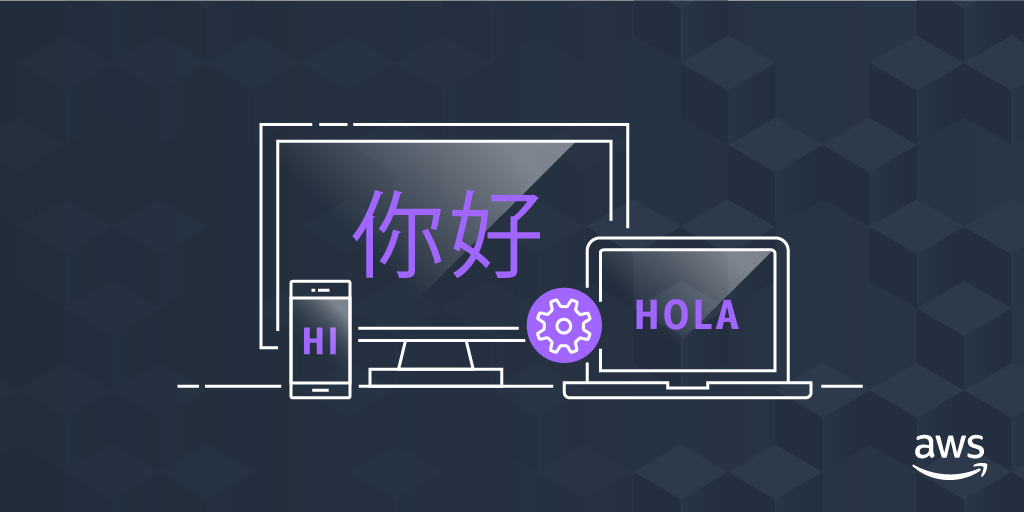 Clevy, a Paris-based startup, offers a platform that enables organizations to create, deploy, and maintain chatbots that automatically answer their employees’ most frequently asked questions. These questions are often about internal subjects like HR, IT support, and change management. Through its bots, Clevy serves over 1 million employees worldwide. Clevy has been using Amazon Translate behind the scenes to make its chatbots multilingual. Bots are created in a single language, but users can ask questions in as many as ten other languages currently. When a question comes in, Clevy detects the source language with Amazon Comprehend. Next, Clevy uses Amazon Translate to translate the question to the bot’s language for handling by its proprietary Natural Language Processing (NLP) algorithms. Finally, the answer is returned to the user in their original language. For example, a customer that creates a bot in English can still enable their employees worldwide to ask questions and receive answers in ten other languages.

Adding multilingual processing to its bots has been a game changer for Clevy. It opens opportunities to automatically manage requests from more people in more places using more languages, at a very low cost and with no human effort involved. Many of Clevy’s customers are large, global companies, and this was by far the feature that they requested most.

For example, one of Clevy’s customers is headquartered in Portugal, with additional offices in Italy, France, and Spain. Their knowledge base is in Portuguese, but many employees search for answers in French, Italian, or Spanish. For this customer, using X <> Y language translations will have two main benefits: It cuts the cost of the feature in half, and it provides a better user experience by reducing latency. Without X <> Y language translations, all requests need to be translated from the source language (e.g., Italian) to English first, then from English to the target language (in this case Portuguese). This implies extra networking time with two round-trips between the application and Amazon Translate, twice the cost with two API calls instead of one, and extra code for handling those cases.

Clevy expects to rely more and more on this feature to expand its customer base in non-English speaking countries, especially in Europe and South America. In 2019, Clevy plans to expand to new countries and expects over 30 percent of its bots to be multilingual. Half of these bots will have a base language other than English and directly benefit from the X <> Y language translations. “These companies represent a very important customer base for us because we do not primarily target the North American market,” said François Falala-Sechet, Clevy’s CTO. “Combined with the growing number of languages available in Amazon Translate, this new feature helps us grow and serve more customers in more countries.”

Yoni Friedman is a Sr. Technical Product Manager in the AWS Artificial Intelligence team where he leads product management for Amazon Translate. He spends his free time reading, running, playing ball, and doing other stuff his two toddlers ask him to.